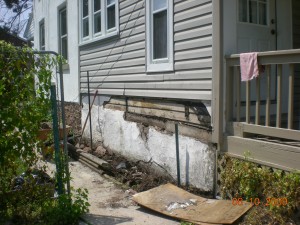 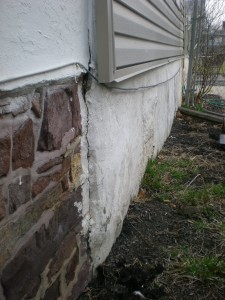 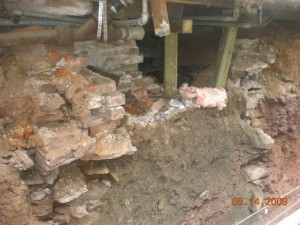 To accomplish this it was necessary to install temporary footings, columns, and a beam to support the load-bearing exterior wall while the foundation and floor framing alterations were performed. The contractor installed manufactured stone over the block foundation wall to simulate the appearance of the stone foundation at the original portion of the house. The project was very successful. 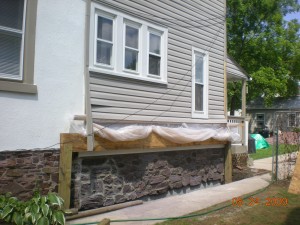 The house shown in the photographs below had a very large patio constructed of reinforced concrete with a basement below the patio. Over time water penetration caused significant deterioration to the steel beams and other components, which was causing cracking and movement at the patio. Building Consultants, Inc. designed alterations to minimize water penetration and to reinforce the supporting structure, which will minimize further damage and significantly extend the life of the patio. 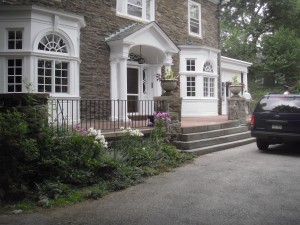 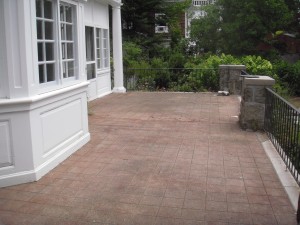 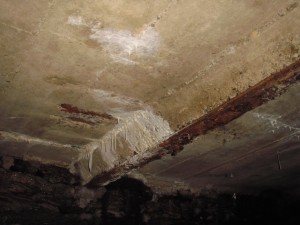 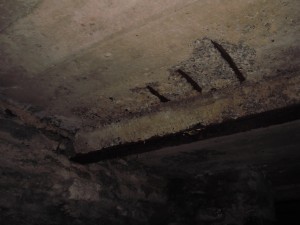