It is relatively common for masonry walls (usually brick or stone) to bow outward, especially when these walls are parallel to floor joists. When floor joists are perpendicular to masonry walls the joists often extend into pockets in the walls. While there is typically not an attachment between the joists and the wall, the friction between the materials is often adequate to provide lateral stability. However, when a wall does not have this lateral support the tall thin walls can bow or shift laterally. This is sometimes related to foundation settlement. Depending upon the cause of the movement, the severity of the movement, and the condition of the wall, walls can often be stabilized for much less cost than rebuilding. This typically involves installing tie rods through the wall and into the floor joists. This type of repair is performed throughout the country and in many other countries. The name for the repair varies by area, but in this area these are typically referred to as “star bolts”. This name comes from the use of a cast iron washer placed against the exterior face of the wall to distribute the force over a greater area. Other shapes are also used. It is a common misconception that the tie rods extend completely through the house to an opposite wall. This is not a common practice. The tie rods typically extend through approximately three floor joists. With proper attachment at the joists and proper reinforcement (i.e. blocking) between joists the floor system acts as a horizontal beam or diaphragm to stabilize the wall. The photographs below show one project performed by Building Consultants, Inc. and some typical installations. 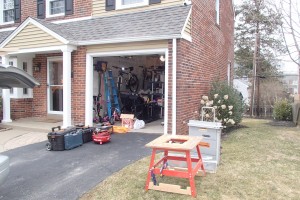 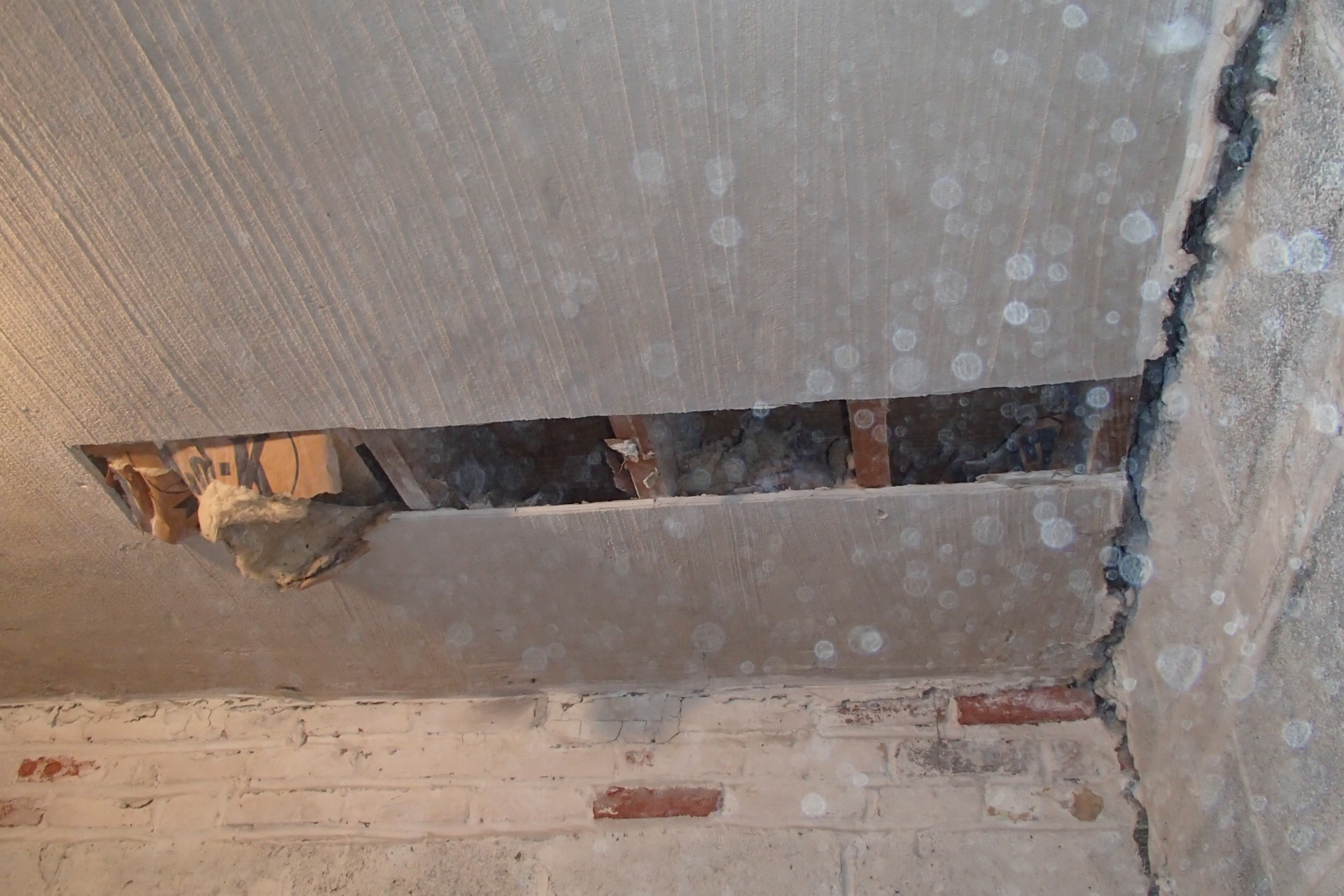 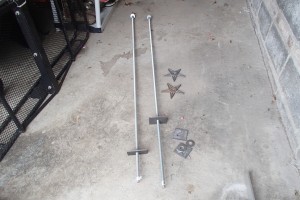 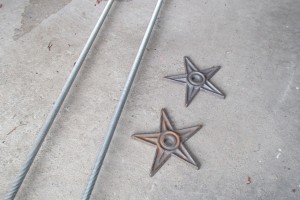 The right side garage wall has bowed outward. The gap between the ceiling and wall in the top right photograph shows this movement. 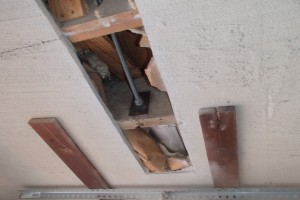 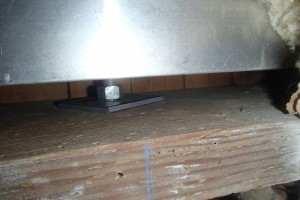 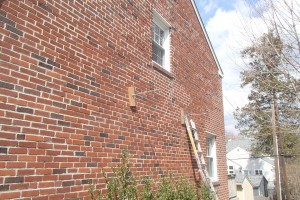 The two top photographs show a tie rod installed. The wood blocking is not shown. The two middle photographs show additional wood bracing that was also used to close the ceiling openings and act as fire-stopping. All joints were sealed with fire-stop sealant when the work was completed. The bottom left photograph shows temporary wood bracing used in conjunction with pulling the wall inward a small amount. This bracing was replaced with the cast iron washers as shown in the lower right photograph.